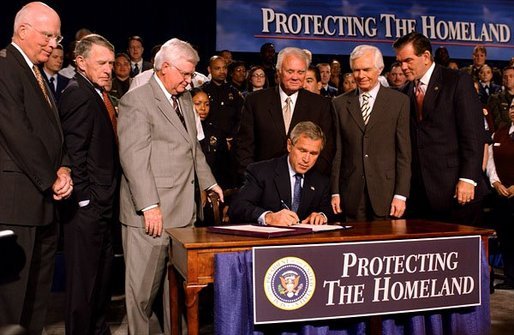 The Federal Emergency Management Agency (FEMA) is an agency of the United States Department of Homeland Security, initially created under President Jimmy Carter by Presidential Reorganization Plan No. 3 of 1978 and implemented by two Executive Orders on April 1, 1979. The agency's primary purpose is to coordinate the response to a disaster that has occurred in the United States and that overwhelms the resources of local and state authorities. The governor of the state in which the disaster occurs must declare a state of emergency and formally request from the President that FEMA and the federal government respond to the disaster. The only exception to the state's gubernatorial declaration requirement occurs when an emergency or disaster takes place on federal property or to a federal asset—for example, the 1995 bombing of the Alfred P. Murrah Federal Building in Oklahoma City, Oklahoma, or the Space Shuttle ''Columbia'' in the 2003 return-flight disaster.

While on-the-ground support of disaster recovery efforts is a major part of FEMA's charter, the agency provides state and local governments with experts in specialized fields and funding for rebuilding efforts and relief funds for infrastructure by directing individuals to access low-interest loans, in conjunction with the Small Business Administration. In addition to this, FEMA provides funds for training of response personnel throughout the United States and its territories as part of the agency's preparedness effort. Provided by Wikipedia
1

Saved in:
Search Tools: Get RSS Feed — Email this Search — Save Search
Loading...